While in Napa, one absolutely must visit Robert Mondavi winery.  Sure, you may think – as I did – that you already know what Mondavi wines taste like and you’re in Napa to experience something new.  But you still have to go to Mondavi, first and foremost, to pay your respects.  Mondavi was a wine industry giant, respected all over the world – even in France! – and responsible in many ways for making California wines what they are today.  The winery itself is gorgeous and the tour is fascinating.  And there’s also the small matter of… well, let’s just say that the wines you taste after the tour are not your run-of-the-mill Woodbridge from the grocery store.  They serve you their absolute best stuff, and it’s world’s away from mass produced.  I left Mondavi’s winery with a new respect for the man as a wine pioneer – and I had already read Harvests of Joy, so I did know how important his contribution was – and a newfound taste for his wines.

Part of To Kalon, the famous vineyard:

Gazing down rows of grapevines: 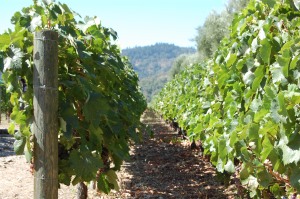 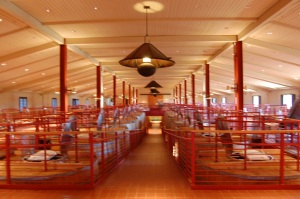 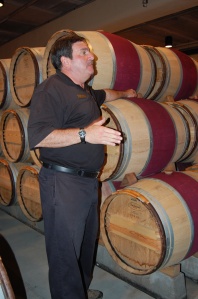 After the incredibly interesting tour, we tasted three outstanding wines and had a parmesan cracker, for which the winery was kind enough to give everyone a copy of the recipe!  Since recipes are my favorite kinds of souvenir, stay tuned for those crackers to make an appearance before long.

Robert Mondavi winery was a revelation.  My parents had been there and highly recommended it, so I did have some elevated expectations.  And I would have gone anyway, simply because Mondavi himself was such an important personality that I didn’t feel a trip to Napa would be complete without visiting his winery.  But the wines we tasted there were so special that I left the winery with a new admiration, not just for the history of the place – which I already respected – but for what they’re doing in the here and now.  It really is intoxicating.