Last week, Scholastic released its 2012 Kids and Family Reading Report, and it’s chock-a-block full of interesting information.  This is the fourth time Scholastic has prepared the report, which comes out every two years, and it’s the first time that it was at all on my radar screen.  I immediately downloaded the report and read the entire thing (not hard to do; it’s a lot of graphics).  As a new mom myself, I was very interested to read what Scholastic (a company I remember fondly from my school years) had to say about today’s kids and their reading behaviors.  Much of the report focuses on e-books, which promise to become more prevalent each year, and most of the findings were not particularly earth-shattering, at least not to me.  My thoughts:

On Parenting a Reader

Even before Peanut was born, I was thinking about how I’d go about bringing her up to be (I hope) an avid reader.  I posted here about my plans to be a Reading Mom, and later told you about Growing a Reader from Birth, a fascinating book I read back in November.  I was not at all surprised to find that a large part of Scholastic’s study focused on how parents can help to bring up little readers.

Unsurprisingly, of the parents that Scholastic polled, almost half (49%) believed that their children did not spend enough time reading books for fun.  Meanwhile, many parents believed their children spend too much time in front of screens – watching TV, playing video games, surfing the internet and Facebook – and texting on their smartphones.  As kids become more technologically adept, and have more choices for their screen time, I expect to see the numbers rise – more and more parents will be of the opinion that their kids spend too much time in front of screens, and not enough time reading.  (One of my few criticisms of the report was that while it looked at kids’ time spent reading and doing sedentary activities in front of screens, it didn’t address kids’ time spent playing outdoors or participating in sports.  I understand the report can’t address everything, but I’d like to have seen physical activity included, since I think that it’s very important for kids to be active outside.  I would have loved to see what parents thought about their kids’ time spent being active; it didn’t surprise me at all that most parents felt their kids spent too much time in front of screens and not enough time reading, but what were parents’ views on, say, soccer?  If the study wanted to look at reading time in comparison to time spent doing other activities, I felt that omitting outdoor activity left a big hole.)

That said, there are things that parents can do to encourage reading, and they start very early – from birth, in fact.  The study found that the three most effective things that a parent can do to encourage kids to read are to (1) set a good example by reading frequently yourself; (2) provide a home environment with an abundance of books; and (3) spend lots of time reading to your children.  I thought Scholastic’s finding here was fascinating, because it proves that you don’t need lots of money to grow a reader.  Any parent, regardless of how much money the family makes, can encourage their child to read: time spent reading with your child is more effective than money laid out.  Books purchased on the cheap from library sales (or even borrowed from the library – FREE!), thrift shops or bargain sales won’t set you back much, but they’re worth their weight in gold when it comes to encouraging kids to read.  And time spent cuddling with your kids and reading stories together costs nada, but will pay out huge dividends when it comes to growing a reader – and can you think of a more precious memory?  Along with this encouraging news goes the – frankly, kind of surprising – finding that there’s absolutely no correlation between household income and frequency of reading among kids.  Scholastic collected information about family income of frequent readers and infrequent readers and there was almost no difference at all – the median was $71,000 for frequent readers and $70,000 for infrequent readers, a negligible difference.  It debunks the conventional wisdom that kids from high-income families read more than kids from low-income or middle-income families.  (And I think, by extension, it shows that kids from low-income families aren’t doomed to struggle academically.  Caring teachers and parents who make the time to read with their kids and use the resources at their disposal to encourage reading mean far more than paychecks.  Isn’t that awesome?) 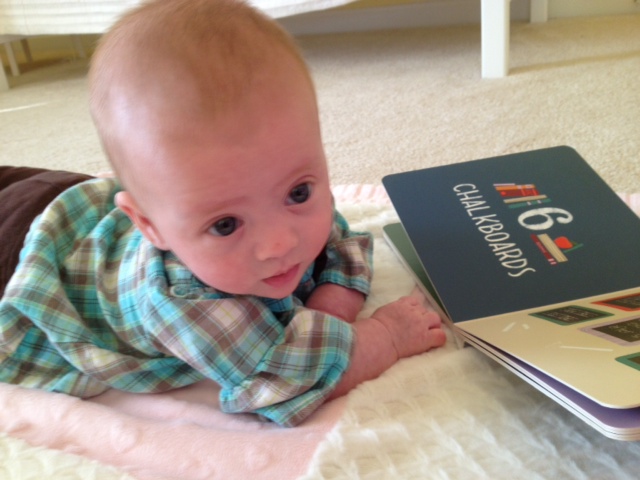 Jonathan Franzen, deal with this: e-books are here to stay.  Much of Scholastic’s study was devoted to questions about kids and e-books, and that makes perfect sense, since they’re the new wave of reading.  I know there are plenty of paper devotees and book purists, and that’s great and all, but the fact remains that kids are attracted to e-books, now more than ever.  Scholastic found that the numbers of kids reading e-books on various devices (including dedicated e-readers like Kindles or Nooks, desktop computers, tablets such as the iPad, or smartphones) has increased across the spectrum since 2010.  The percentage of kids who have read an e-book has almost doubled in the last two years, and among kids who read e-books, 20% say they now read more for fun (especially boys).  Most e-book reading happens at home, but more schools are offering the opportunity to their students, and half of kids ages 9-17, who have read at least one e-book, say they would read more for fun if they had more access to e-books.

There are plenty of reasons for this, according to Scholastic.  For one, e-readers help kids who lack self-confidence, perhaps because they’re slower readers than their peers, who might not want to tote around a below-grade level book that their friends can see (and mock).  Many kids said that part of the lure of e-readers is that their friends can’t see what they’re reading.  (This holds true for moms, too.  I know there are plenty of ladies out there who claim to be reading Anna Karenina but are really reading Fifty Shades of Grey.  C’mon ladies, Count Vronsky isn’t making you blush like that.)  I think there’s another reason too, one that Scholastic didn’t explore much (other than vague allusions) – kids like technology, they like the new hot thing, and e-readers and devices are cool and of-the-moment.  My kid is five months old, so her interest in my Nook doesn’t extend beyond wanting to put it in her mouth, as she wants to put everything in her mouth.  But when she is old enough to read to herself, I’ll let her read in any format she wants, and I might even get her an e-reader of her very own when she’s reading longer books.

Still, print books aren’t going anywhere.  Although kids are fascinated by e-readers, they still love to turn pages.  80% of frequent readers (who have read an e-book) say they still primarily read print books for fun.  And parents of younger children prefer print to e-books by a large margin.  Makes sense to me; Peanut’s books wouldn’t look nearly as good on my Nook as they do in print.

I think there are several lessons here.  First, we all need to make peace with e-books (if we haven’t already; I personally love my Nook for its convenience, especially when traveling, and wouldn’t dream of getting rid of it, although I still primarily read print books too).  They’re here and they’re not going away.  Second, if e-books will encourage kids to read, we should get them e-books.  You don’t have to have boatloads of disposable income to make e-books available to your children.  Many classics are in the public domain and available to download for free, and you can read them on a desktop computer, which many families own even if they can’t afford a fleet of other devices.  Again, I think Scholastic’s report is wonderfully encouraging in that it proves, over and over again, that there are plenty of low-cost ways to encourage reading, and you don’t have to be rich to raise a reader.

On Boys and Girls and Books, Oh My!

It’s been the conventional wisdom since time immemorial that girls read for fun more than boys do.  I have lots of thoughts about why this might be.  For one thing, I think that as a society, collectively, we haven’t done the best job of encouraging boys to be avid readers.  There are more good choices for girls’ reading material, and many of the children’s classics – like The Secret Garden, A Tree Grows in Brooklyn, Anne of Green Gables, Betsy-Tacy, and A Little Princess to name just a few – seem to be geared towards girls.  (That’s not to say boys can’t read those books too, and maybe there are boys that do, but I don’t believe as many boys are attracted to them.)  Of course, there are classics that appeal to boys, too – like The Wind in the Willows, Frog and Toad, The Hardy Boys, but I think the difference is that those books appeal to both boys and girls, where the girls’ classics really appeal only to girls, with few exceptions.  And then there’s the fact that little boys have, for generations, been encouraged to be rough-and-tumble, and reading has been considered somewhat less than manly, and as a result I believe that society has missed many opportunities to instill a love of reading in both sexes.  (It’s not impossible – as I mentioned in my post Are readers born or made?, my brother was not an avid reader – although he always loved to be read to – until my mom found him a series of young adult books set in the “Star Wars” universe, which he loved, and now today he reads more than any other guy I know.)

The good news for adolescents is that many of most popular the young adult books on the market seem to appeal to boys and girls equally.  (Twilight is the exception.)  Scholastic polled kids on the last book they read for fun, and the most popular responses were books that appealed to both boys and girls.  The Diary of a Wimpy Kid series won the 9-11 set (and came in a close second to Junie B. Jones among 6-8s), and the Harry Potter series and the Hunger Games trilogy had the 12-17 market cornered.  I don’t know if there are more choices now that both boys and girls can enjoy equally, or if they are just getting more press, but either way, I like it.

These are just my random thoughts from the 2012 Kids and Family Reading Report.  There’s a lot more food for thought in there!  Download it and see for yourself – and if you do, I’d love to hear your impressions.

Have you read the 2012 KFRR?  What did you think?  Parents, do you agree or disagree with the report’s conclusions?

8 thoughts on “Scholastic’s 2012 Kids and Family Reading Report is Here!”