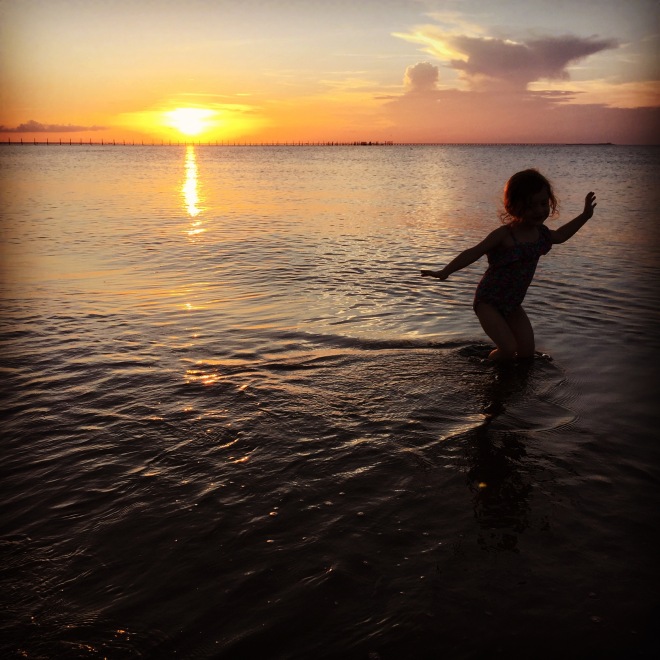 And now it’s 2017!  I think we were pretty much all ready to see the back of 2016.  Has there ever been a year in which more things went wrong, from a state-of-the-world perspective?  Globally speaking, I found 2016 as ridiculously absurd as most people, so good riddance.  But from a personal and family perspective, we actually had a pretty good year – filled with lots of laughter and fun, with big and small adventures all folded around a major, and very welcomed, life change.  Here’s a look. 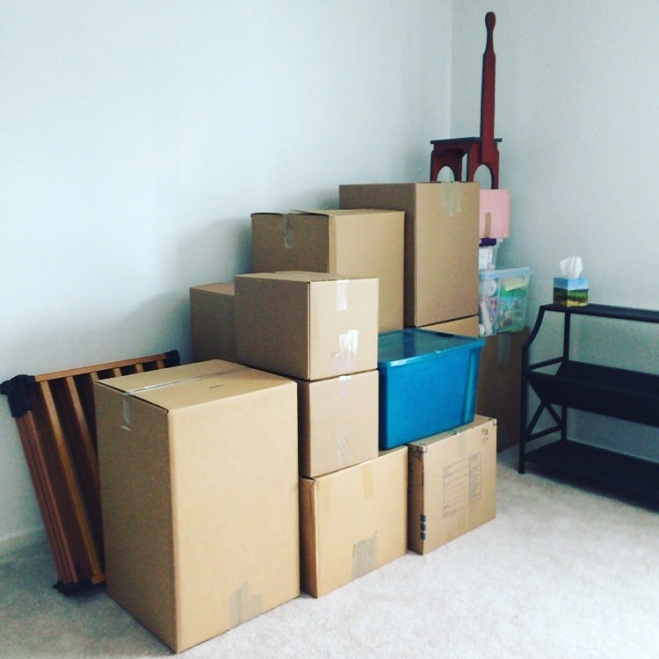 The biggest event in January was concluding the sale of our house in Elma, and moving into temporary housing in Williamsville, New York.  The move was phase one of our plan to leave the Buffalo area – a goal we were already working on at the end of 2015, although we just murmured vague things like “we’re looking for a better fit” when asked about our home sale.  We weren’t ready to share our ultimate plan at that point.  Most of the month was consumed with packing and moving, so we didn’t do much adventuring.  But I did finish recapping 2015 fun and posted Part I of my 2015 reading year in review. 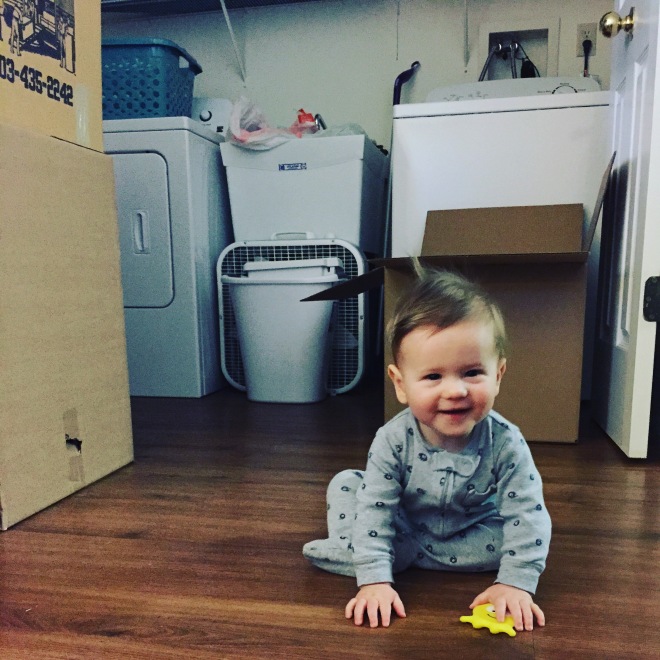 In February, we settled into our new temporary living situation. and I made two stealthy trips to D.C. to interview for a job.  That job didn’t work out, but getting interviews so quickly did boost my confidence and convince me that we had a chance of making our dream of moving home come true.  Those trips – planning and preparing for them, making them, and keeping them quiet – consumed my entire month and between that and work drama back in Buffalo, I had very little energy for anything else.  So we didn’t get out much in February, although I did post Part II of my 2015 reading year in review, and my 2015 Book Superlatives. 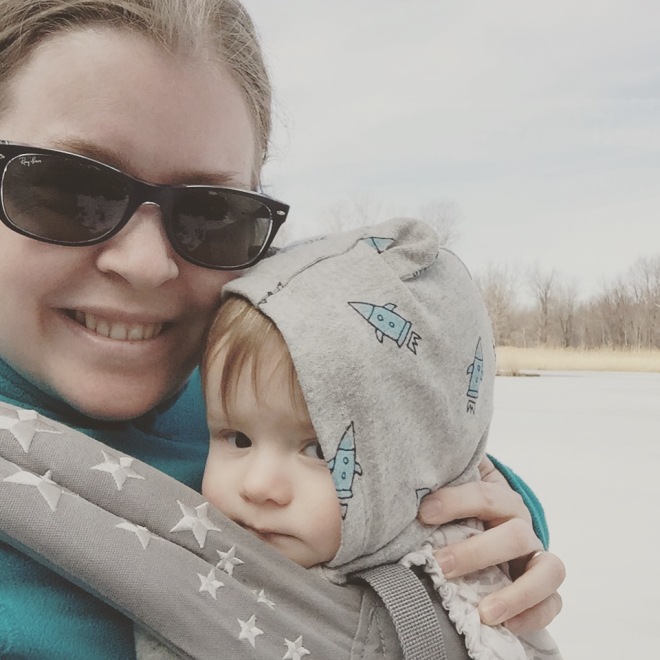 March was all about celebrating Nugget as he turned one year old!  We threw him a storytelling birthday party with a nature theme at a local children’s bookstore, and it was so much fun.  I think he felt very celebrated and very loved.  Around the main event of the month, we squeezed in a few hikes – since the weather was unseasonably warm – making it to Reinstein Woods Nature Preserve and to Tillman Road Wildlife Management Area.  We also visited a working sugar shack as part of New York’s Maple Days. 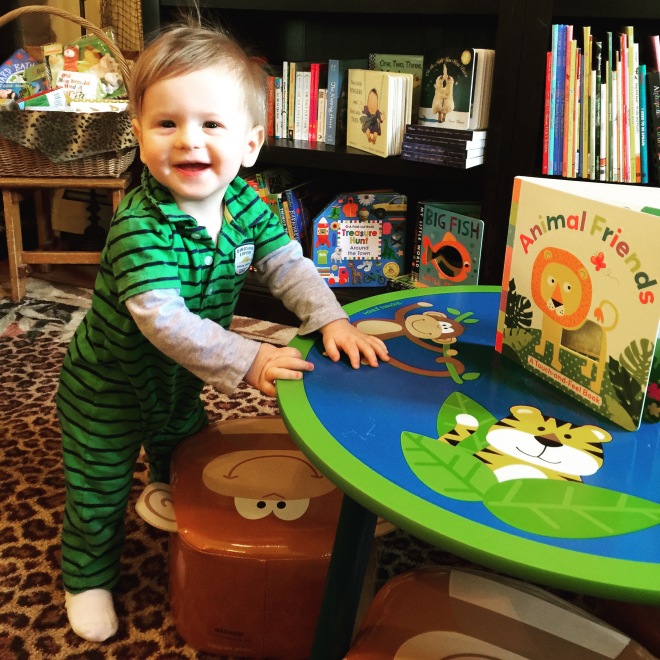 In April, I made another stealthy trip to D.C. to do my first interview for the job I would end up taking.  Around that, I fit in fun both bookish and outdoorsy.  We took a family hike to Iroquois National Wildlife Refuge and spotted dozens of red-winged blackbirds.  We also went back to Times Beach Nature Preserve and Canalside for family playtime.  And I – as always – celebrated National Poetry Month, this time with a fun twist!  I posted two big roundups of my favorite poetry books for kids, one post for the classics, and one for newer favorites. 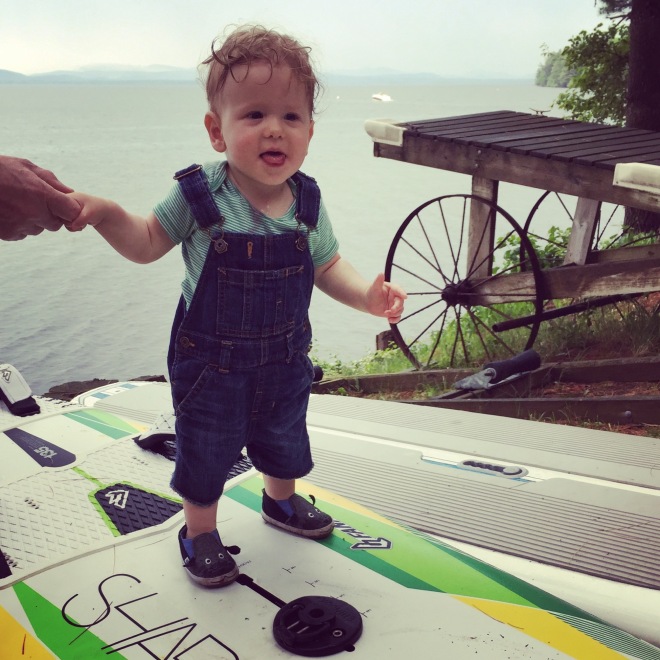 In May, I continued to be all over the place.  I made another secretive interview trip to D.C. – the most stressful one yet, involving bumping into a colleague on the way there, and a nearly-missed connection in Detroit (sprinting in heels to catch the last plane of the night) on the way back.  I liked my end of month travel better – a trip across New York State to visit my parents and spend some time at the lake for Memorial Day!  We also hit up the summit of Mount Greylock and had lunch in Williamstown, Massachusetts – such a fun trip.  Closer to home, we had some fun adventures – a Mother’s Day weekend that included hikes at Tifft Nature Preserve and a 5K race in Ellicottville, New York; a family walk through Reinstein Woods; and a hike at Akron Falls, a park we’d not yet explored. 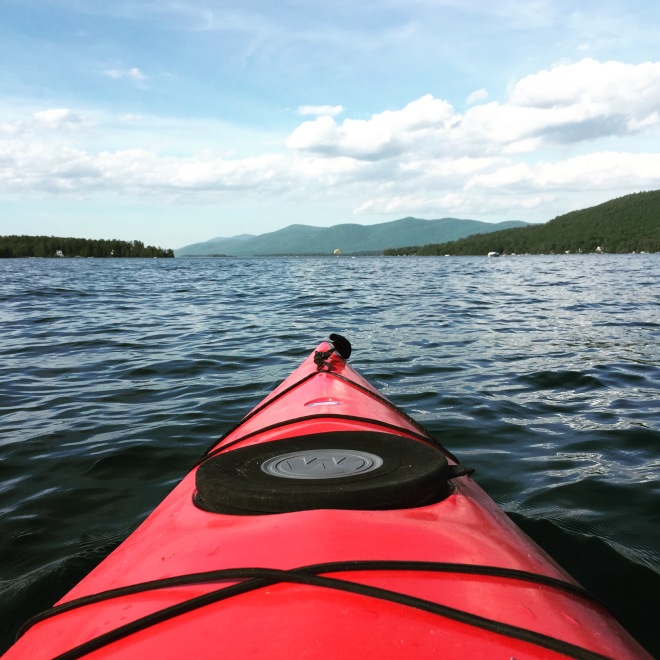 In early June, I got the exciting news that I had a job offer in D.C., and our move was officially underway!  We still kept it under wraps, in case things fell through.  Two days after getting the exciting call from my new firm, I packed up and drove across the state to Lake George for an education law conference.  In between conference sessions and workshops, I managed to spend almost a full day with my college friend Seth – hiking, kayaking, eating delicious crab legs and drinking wine.  Back in Buffalo, we celebrated Father’s Day with another 5K (for me!) and a family hike. 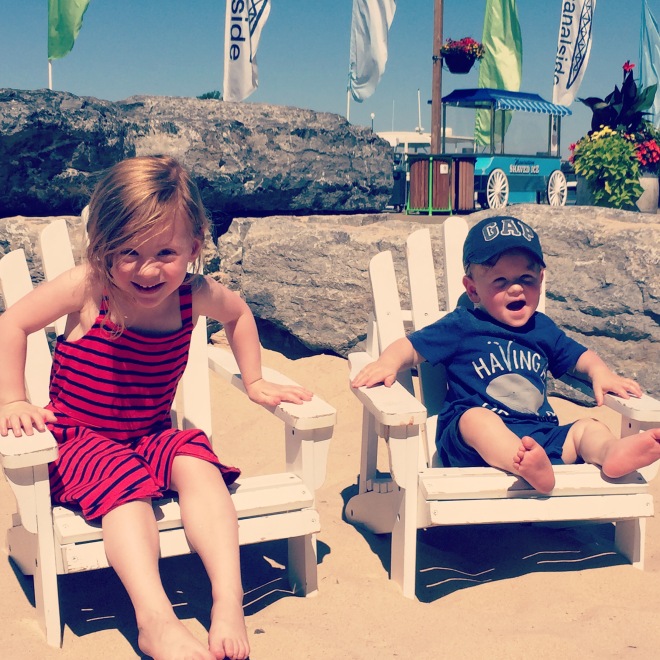 July was a blast, as we squeezed as much Buffalo fun in as we could before moving at the end of the month.  Starting with a fun Fourth of July weekend that included playground time, Canalside, berry picking and a family retirement party.  The next weekend, we were out and about again with a special treat for Nugget – Touch A Truck!  I mused on my favorite books of the first half of the year and on my personal tendency to cram as much fun into summer as possible.  Meanwhile, I dedicated the rest of the month to wrapping up work projects and lining up childcare (a school for Peanut; a nanny for Nugget) in northern Virginia.  We closed out the month by throwing an early fourth birthday party for Peanut, so that she could celebrate with her friends, after which I promptly threw my back out putting Nugget in the crib, and then our moving truck rolled out two days later and we officially said goodbye to New York State. 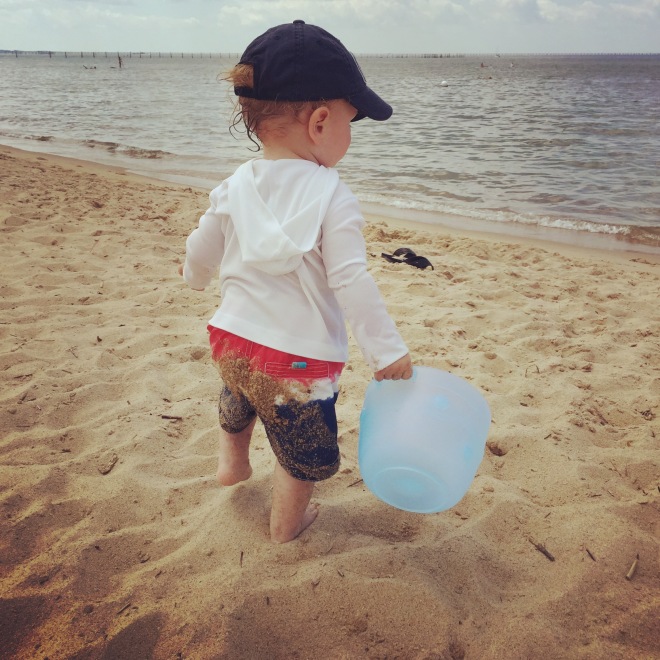 August was about resting and reflecting on this big life change that we had brought about.  It was a long journey – eighteen months from the time we first started talking about moving, before Nugget was even born, to turning the key at our new place in Virginia.  And even though we had a house crammed full of boxes and a lot of unpacking and organizing to do, we decided to spend our final week of freedom before I started my new job visiting my friend Rebecca in Virginia Beach.  We spent pretty much the entire week barefoot and covered in sand and it was exactly what we needed.  When we got home, D.C. life started in earnest.  I started work at my new firm.  My cousin Jocelyn came down to watch the kids for two weeks as part of our cobbled-together bridge childcare plan (before the school year started and the nanny was available) and we did our best to induce her to move south – with hikes at Great Falls, visits to the D.C. monuments, and a morning at the Udvar-Hazy Center, not to mention two cute kids.  We also celebrated Peanut’s fourth birthday – can’t believe what a big kid she is! 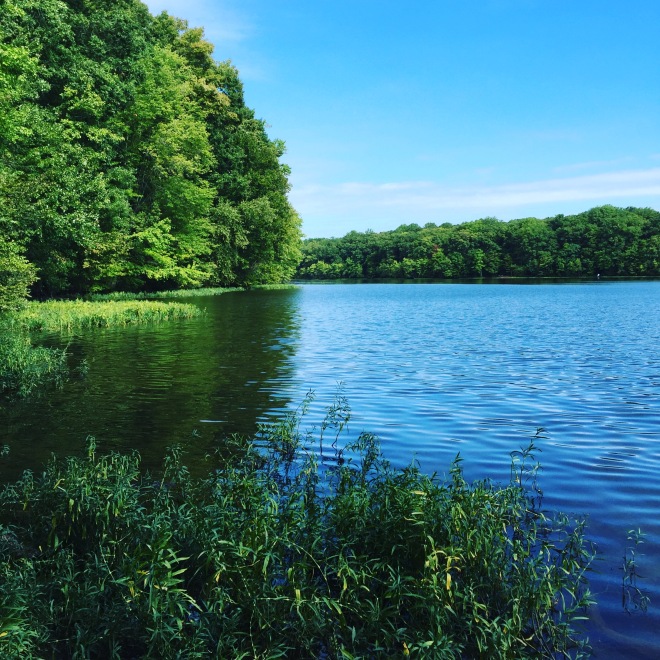 In September, we continued to enjoy being back in northern Virginia and able to visit all of our favorite spots again – including Lake Burke (pictured above), which was one of our regular haunts when we lived here before.  Most of the rest of the month was quiet – filled with settling in.  Nugget got his first haircut and I was a soggy mess.  I reflected on the summer that just ended.  And – the best part of September – my dear Buffalo friend Zan came for a visit.  All in all, September was busy – filled with back to school events and birthday parties – but also quiet, if that makes sense.  It was a lot of the business of living, which was exactly what I wanted after three years of homesickness. 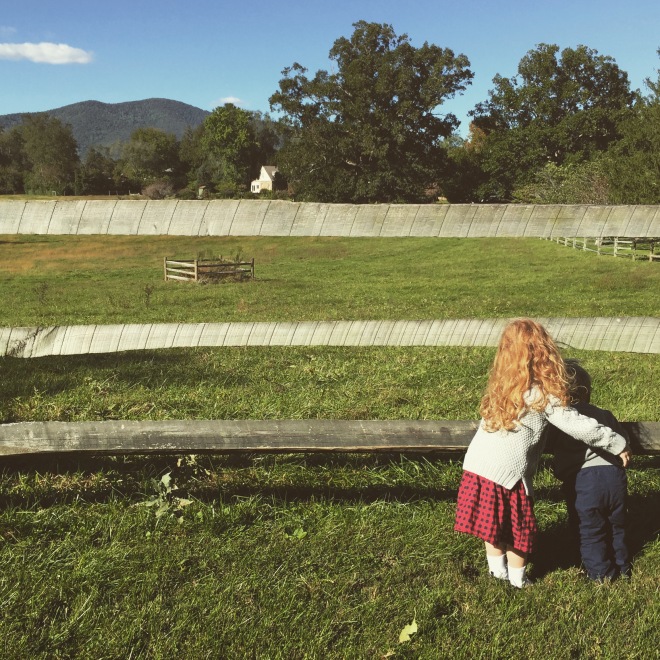 If September seemed quiet, October was packed with local fun.  We celebrated Columbus Day weekend with a trip to Little Washington for a few days, where we tasted wine, explored the adorable town, and hiked in Shenandoah National Park.  Back in the D.C. suburbs, we drove out to Loudoun County two weekends in a row for apple picking and then pumpkin picking; had a playdate with a new school friend at a children’s Halloween party hosted by a local historic mansion; and finally went Trick-or-Treating (with our mermaid and fire truck) in Old Town – a month-long funfest that I recapped in one big monster of a post. 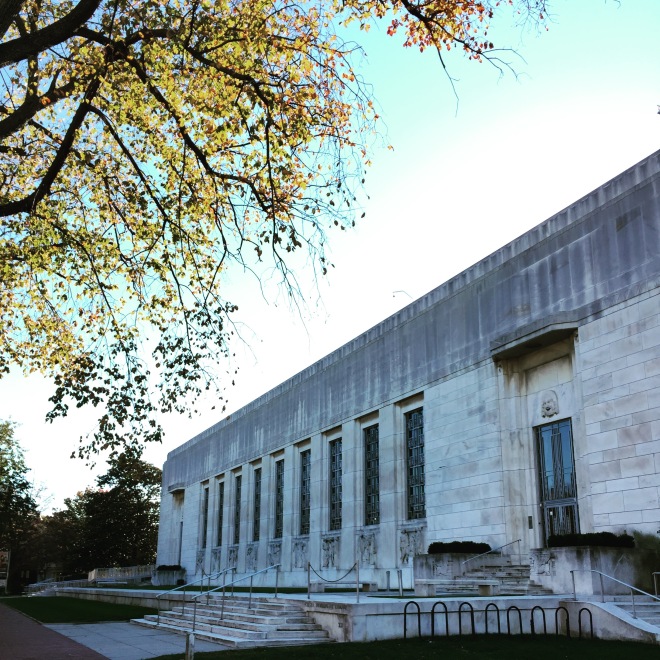 November was… it happened.  The month started well, with a visit to the Will & Jane exhibit at the Folger Shakespeare Library.  Then the election happened, and I – like pretty much everyone else I know – was absolutely stunned.  I said everything I needed to say in this post, so no more.  We finished the month with a trip up to my parents’ house for a family funeral and Thanksgiving.  (For the first time since switching from food blogging, I didn’t recap a holiday.  I just didn’t feel like it.  It was good to see family, and the kids had a great time.  That was enough.) 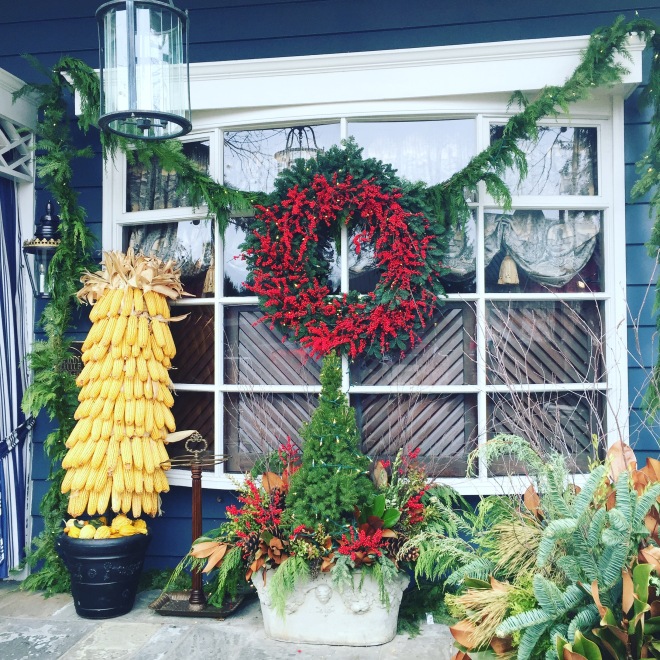 After the dumpster fire that was November, we made December all about family fun.  Another visit to Little Washington (for their Christmas parade!), walks to the waterfront to see the holiday boat parade of lights and the waterskiing Santa, and last but not least, Christmas itself.  It was wonderful to celebrate as Virginians again, and looking back on the year I was so grateful that the move home happened as I’d hoped it would.

And now, onward!  Next week, I’ll be reviewing how I did on my 2016 goals and plans (spoiler alert: pretty bad) and setting some new intentions and a word for 2017 – which I can’t tease, because I still don’t know what it will be.  It feels particularly good, this year, to have a fresh start.  Can’t wait to see what 2017 brings to our family (even if I’m a little scared for the world).